12 November 2018
As London turns into a sepia-toned postcard of fallen leaves, artisanal marshmallow topped organic brews, and mid-weight tartan coats, shirts, and shirt-dresses; our minds immediately yearn for cosy weekend escapes. Allowing us to take a breather from the tireless hustle of the day-today and the earlier arrival of the evenings. And while the palpable excitement of city-life still keep our urbanite hearts beating, there’s nothing wrong with yearning for a bit of fresh country air.
However - we crave for the creative and while the traditional thatched roof Bed and Breakfast may titillate other city-dwellers, we thirst for something a little bit more extraordinary. So, if you are ever in the need for a little escape, here’s a few Less Ordinary hotels less than 2 hours from our beloved London town. After all, a little fresh air never hurt anybody.
University Arms, Cambridge 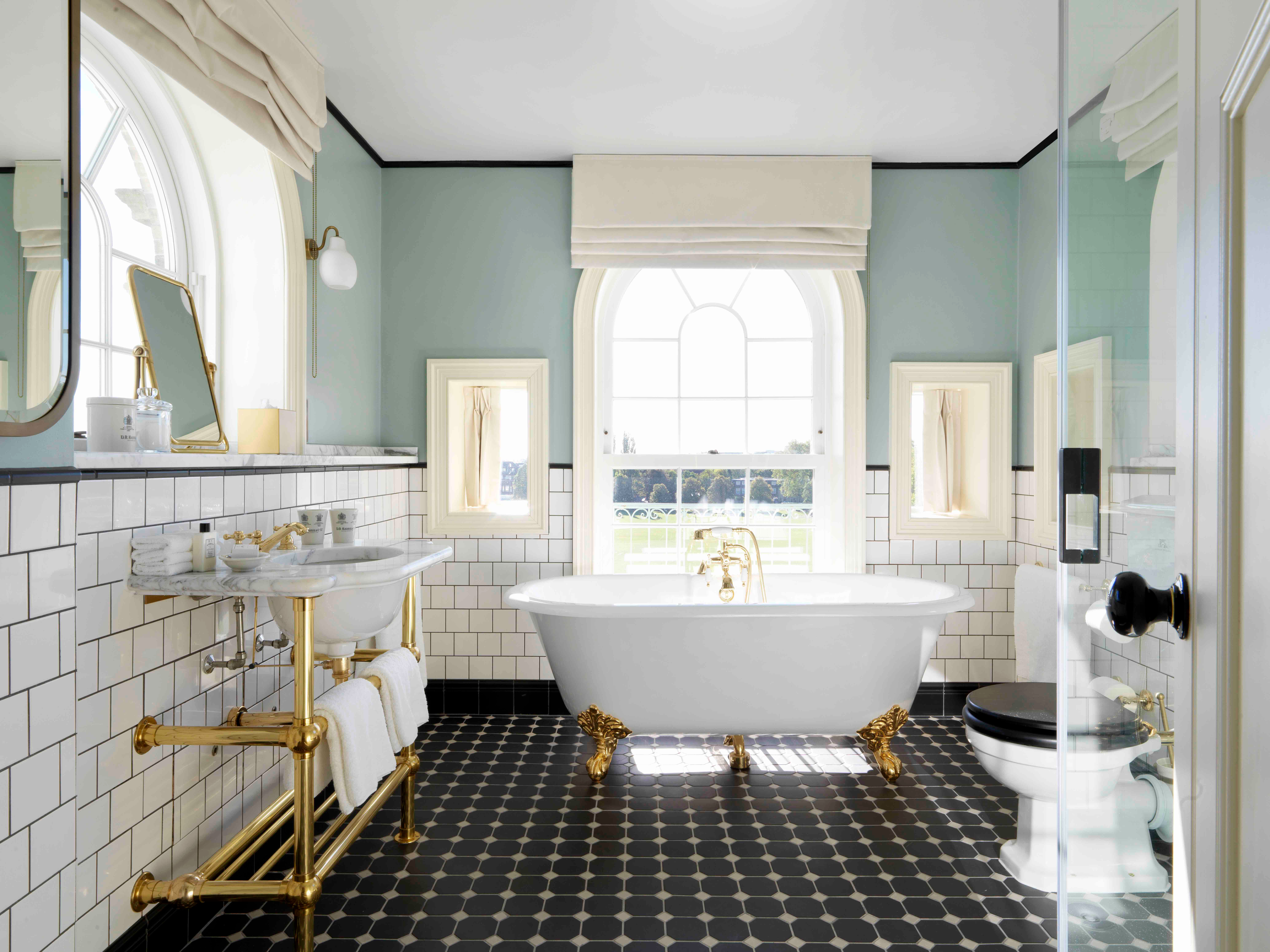 In our collective minds, Cambridge is a place of both romance and academia — its hallowed halls producing some of the world’s greatest minds, and also some of England’s most picturesque schoolyard scenes. Located in the historic Parker’s Piece, The University Arms  Cambridge is one of the city’s oldest hotels. Originally opened as a coaching inn back in 1834, today the University Arms has just come out of a top to bottom renovation. Architect John Simpson and Interior Designer Martin Brudnizki, have created an elevated version of the Edwardian classic — which is both timeless yet instinctively contemporary for 2018. According to John Simpson, ’We have created something that feels like it really belongs to Cambridge, and always did’ — and we couldn’t agree more! Because stepping into the University Arms is like stepping into the heart and soul of Cambridge herself.
The Shingle House 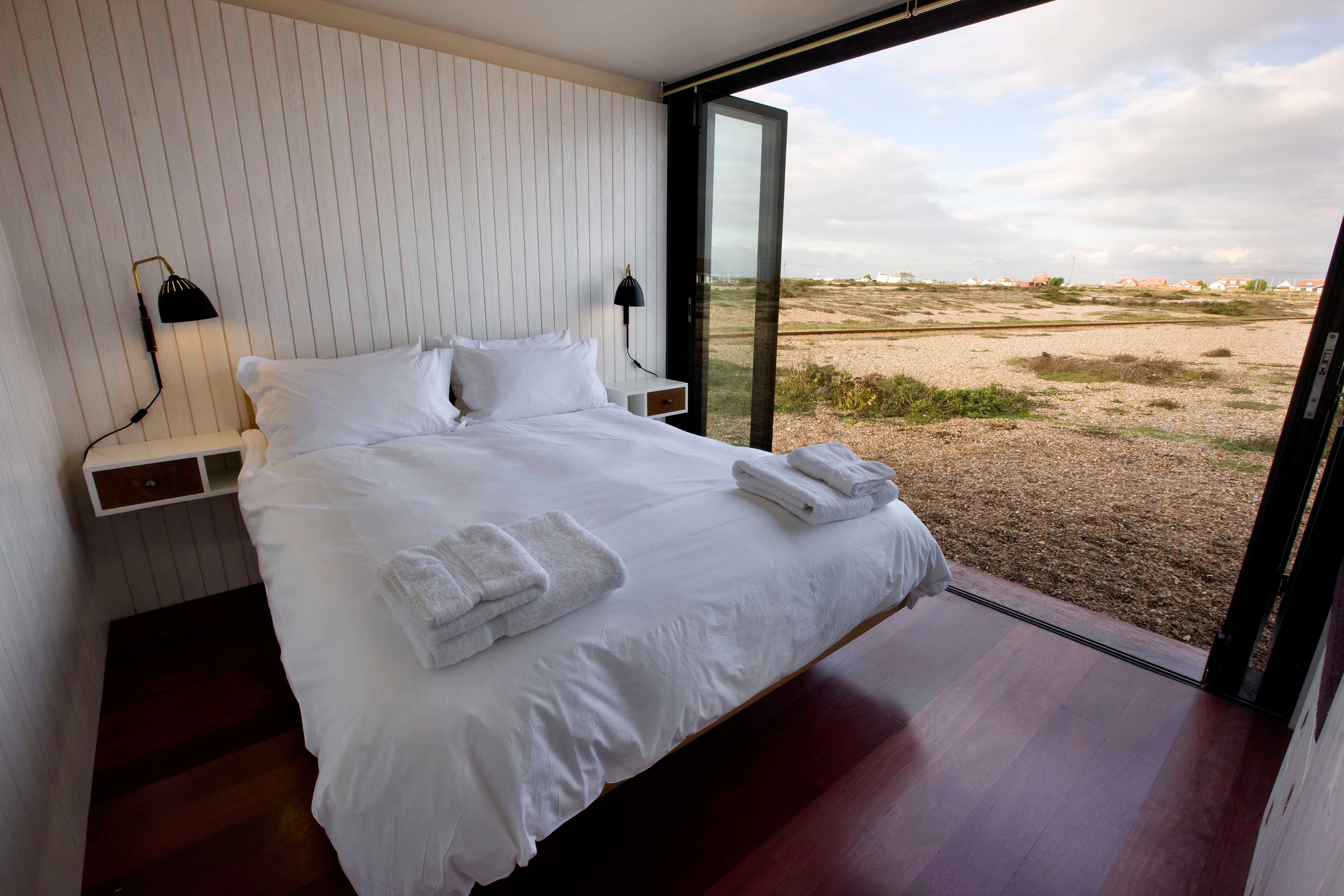 In the barren, almost alien desert landscape of Dungeness; The Shingle House’s minimalist black exterior is the only focal point you’ll see for miles. Its dramatic facade may seem completely counterintuitive to the natural scenery surrounding it, but actually a lot of The Shingle House’s design elements were inspired by the ever-changing landscapes of Dungeness. According to NORD director Alan Pert, “Many of the ideas for The Shingle House originated from the experience of Dungeness, not through just one visit, but over a period of time…” References from a traditional fisherman’s cottage, a polished concrete sunken bath, and details from the Romney Hythe and Dymchurch miniature railway; all pay homage to the unique scenery of Britain’s only desert. The Shingle House is more than an introvert’s fantasy home. Design-lovers would be hard done finding a more extraordinary minimalist escape anywhere in Britain and in the world.
Widbrook Grange

Widbrook Grange is as idyllic as an idyllic countryside escape can get. Located in the outskirts of Bradford on Avon, this rustic farmhouse retreat offers up all the warmth of a Georgian inn, including original seventeenth century stone work, and 11 acres of perfectly manicured gardens. But don’t be fooled by the simple charms of its rustic cottage atmosphere, because each one of the Widbrook Grange’s 19 bedrooms have been fitted to impeccable luxury standards. Think 400 thread count Egyptian cotton sheets and antique furnishings, paired with the familiar warmth of a roaring winter fire and a nice cuppa. Top that off with Chef Sandor Szuc’s delectable farm-to-table menu; and the Widbrook Grange will soon make it to the top of your weekend hit-list. Oh - and did we mention that it was dog-friendly too?
The House for Essex 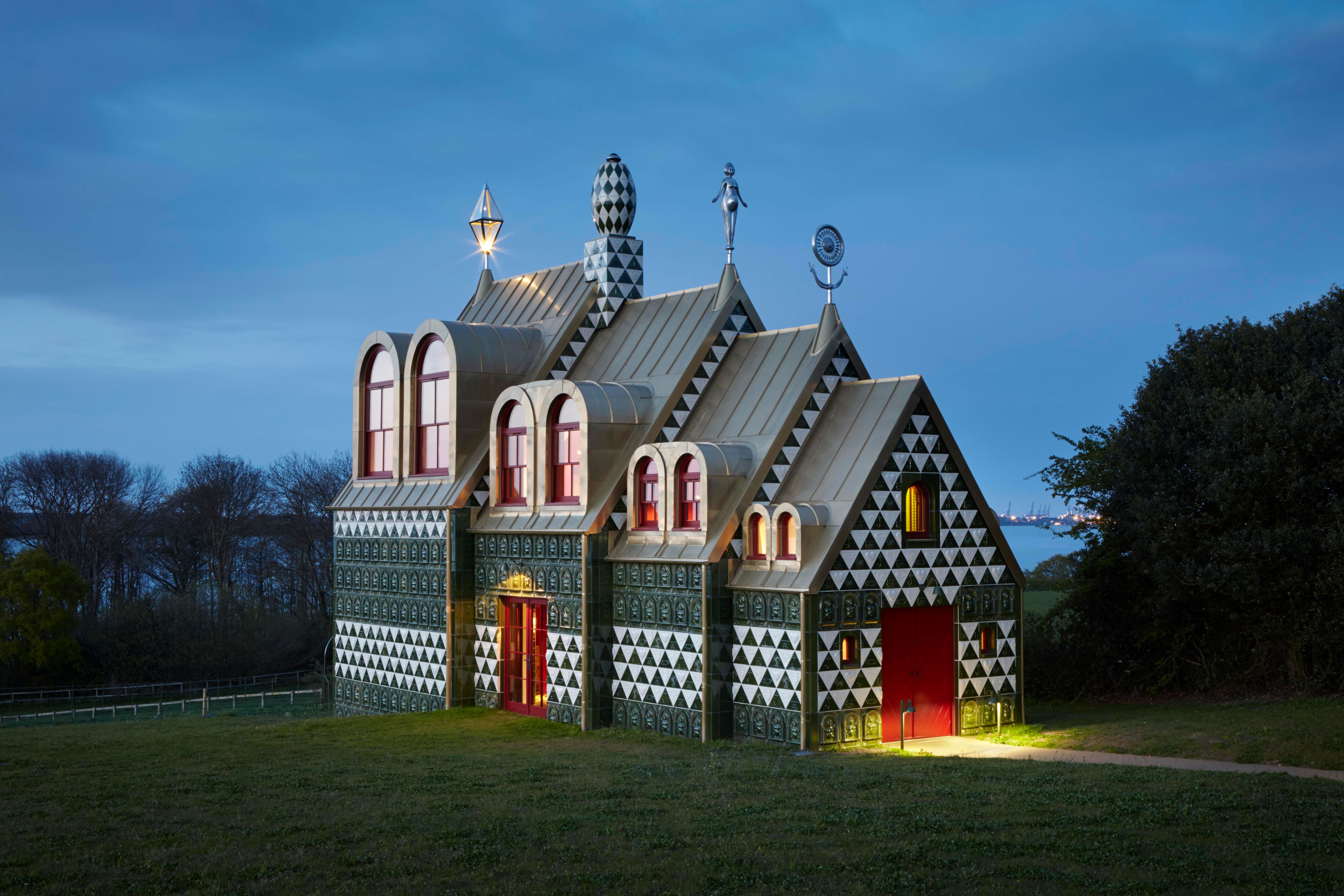 No, this isn’t a hallucination or some kind of Alice in Wonderland fantasy; the House for Essex is Grayson Perry, FAT Architecture, and Living Architecture’s latest, and boldest, countryside project to date. Located on the Essex Coast, the House for Essex blurs the line between design, art, and architecture, in a way that’s both undeniably unique and extraordinary. Built as an eccentric homage to traditional wayside chapels, the House for Essex is anything but traditional. According to Charles Holland of FAT Architecture, “The design embraces decoration, ornament and symbolism in order to tell a rich and complex story. It is like a Russian doll, a series of archetypal house shapes that step up in scale” and Grayson Perry says, “The resulting building is a total art work, a fiction in which you can live”. With two East-facing bedrooms and countless eclectic art pieces littered throughout — the House for Essex is more than a fiction, it’s a masterpiece.
~
Words by Hannah Tan-Gillies

RECOMMENDED PLACES FROM THIS ARTICLE

A House for Essex

END_OF_DOCUMENT_TOKEN_TO_BE_REPLACED

TO DISCOVER APLO PLACES & EXPERIENCES, JOIN FOR FREE BELOW TO BECOME A MEMBER

To discover Less Ordinary places and experiences on mobile applications, first you will need to agree to the Terms & Conditions of use before downloading the app. Please read and accept below.

WHAT ARE YOUR BIGGEST CREATIVE PASSIONS?

ADD YOUR PROFILE PHOTO Put a face to your name! We’ll add this to your profile, and share it with future hosts and guests

I’ll do this later

Where do you live? So we can help personalise future recommendations near you

Where do you live? So we can help personalise future recommendations near you

RECOMMEND A PLACE Tell us A Place Less Ordinary to sleep, eat or drink that you love. In London or any other city.

add another place
skip this step

Discover extraordinary places to sleep, eat, drink and experience. When in your hometown and away traveling.

We've just sent you an email, please click the link to verify (be sure to check your Junk if the email hasn’t arrived)